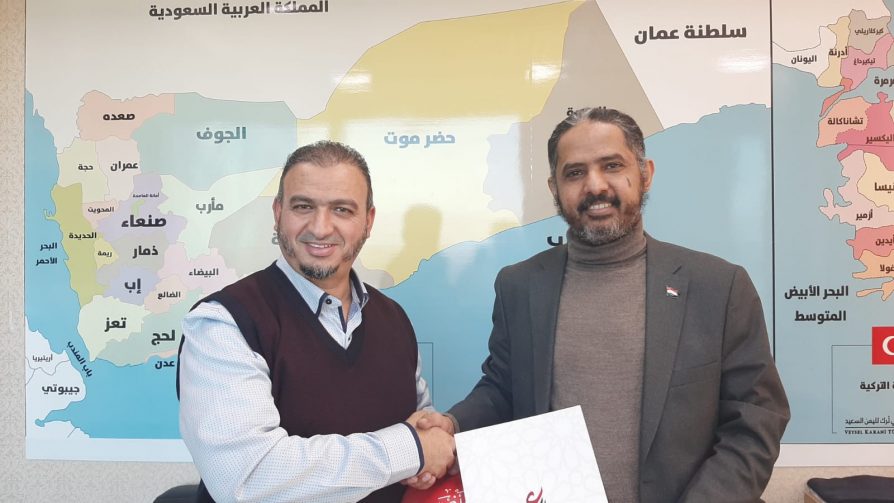 As part of the Qualitative and Effective Partnership, Cooperation Agreement is Signed by Owais Al-Qarni Waqf and American Organization “Pure Hands”

As part of the Qualitative and Effective Partnership, Cooperation Agreement is Signed by Owais Al-Qarni Waqf and American Organization “Pure Hands”

Owais Al-Qarni Waqf signed a cooperation agreement with the American Pure Hands Organization at the Waqf headquarters in Istanbul, Turkey on Tuesday December 19, 2019.

The signature of this memorandum expresses the endeavor of the Waqf leadership to conclude partnerships with various effective and qualitative Yemeni civil society organizations to cooperate for reviving the Waqf culture and its role in laying the foundations of the civilizational advancement for Yemen Al-Saeed.

It is worth noting that Owais Al-Qarni Waqf is a participatory initiative for establishing the largest Waqf in the history of Yemen with the contribution of every Yemeni citizen and the lovers of Yemen so that these contributions and waqf assets can be invested under the supervision of an elite group of businessmen and economists. The proceeds of these assets can be spent on the building programs for the Yemeni citizen, the governmental and civil institutions and the societal awareness in a way that enhances the culture of coexistence, respect of diversity, love of peace, rejection of fanaticism and promotion of a comprehensive national identity for achieving the sustainable welfare, security and stability.