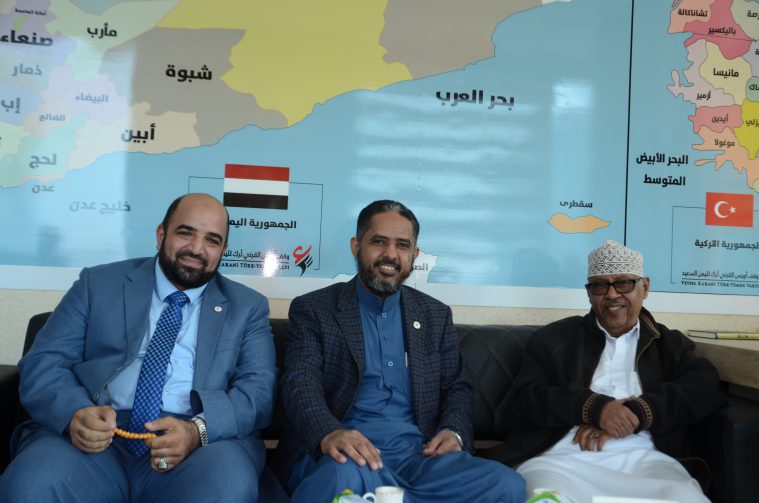 The great artist listened to the head of Waqf making a brief explanation on the latest developments of Waqf, its idea, vision and goals based on the participatory initiative through which every Yemeni and lover of Yemen can have one or more Waqf shares for their parents and beloved persons in order to build our Waqf with the cooperation of all of us and contribute to the development of our country through the programs that Waqf seeks to implement after finishing its construction as a project befitting the position of Yemen and the sacrifices made by its citizens in all stages of the struggle. It also aims to achieve the aspirations and hopes of the Yemeni citizens and build new Yemen Al-Saeed, with God’s help.

The artist Ayoub Tarish wrote down some words in the protocol record. He said; “I am so pleased to visit this great Waqf which deserves praise by each Yemeni and all the Yemini citizens should donate with what they can do for building Yemen.

The meeting was attended by Mr. Salah Al-Din Al-Qiyadhi, the executive director of Owais Al-Qarni Waqf, the Waqf staff and Mr. Mazhar Al-Absi, the business agent of Ayoub Tarish.