Head of Owais Al-Qarni Waqf Participates in Celebration of Anniversary of Declaration of Republic of Turkey | veysvakfi
Choose language: 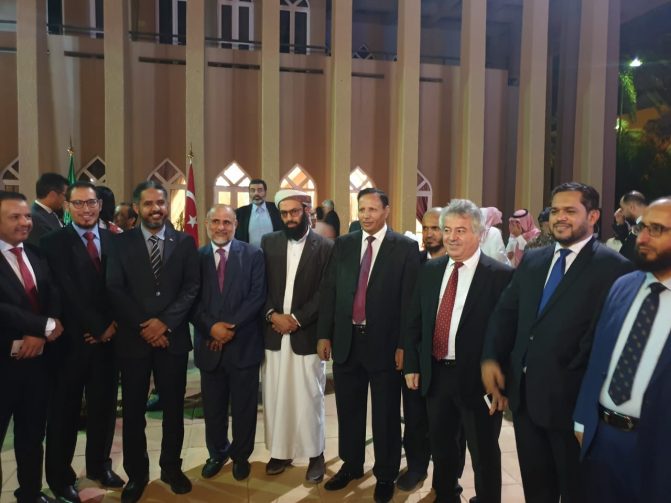 At the invitation of His Excellency the Ambassador of the Republic of Turkey in Yemen, Mr. Salah Bates, the head of Owais Al-Qarni Waqf, participated in the celebration held by the Turkish Embassy in Saudi Arabia at its office in Riyadh in Tuesday evening, October 29, 2019 on the occasion of the 96th anniversary of the foundation of the Turkish Republic which is held on October 29 every year. On this occasion, the head of Waqf expressed his sincere congratulations to the great Turkish people, represented by His Excellency Mr. Farouk Buz Goz, the Ambassador of Turkey in Yemen. He appreciated the role of the Ambassador for promoting the relations of brotherhood, friendship and cooperation between the two countries. He also praised the positive relations between Yemen and Turkey, stressing the importance of these relations in order to develop them for the benefit of both countries and the two brotherly peoples.