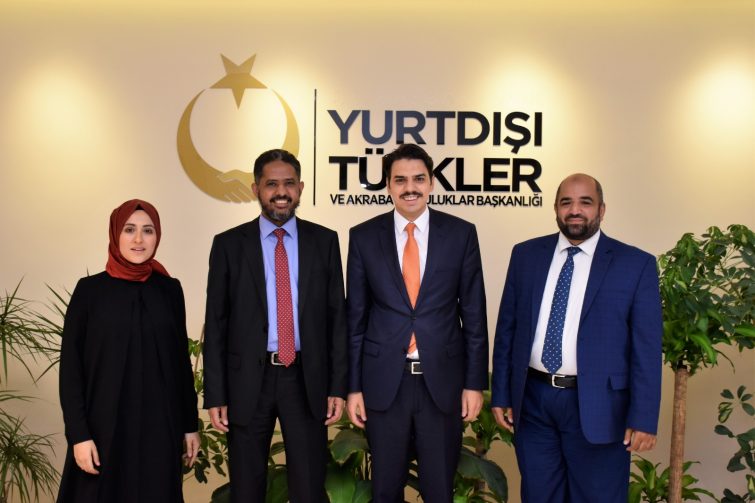 holding of a consultative meeting between Owis Qarni Foundation and YTB

at his office in Ankara on Friday 10 August 2018 a delegation headed by Mr. Salah

Batis the Fiduciary of Owis Qarni Foundation.  During the meeting they were discussed the final

arrangements for the Signing a cooperation protocol between the two sides to launch the Yemen Pioneers Program.

The meeting was attended by Advisor to the Chairman, Mr. Ahed Brik, President of the