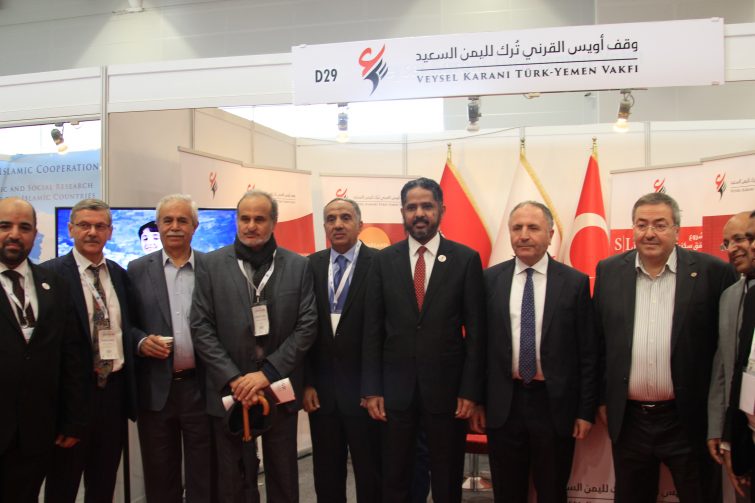 Owis Qarni Foundation participated in the 3rd fair of the community

Owis Qarni Foundation participated in the 3rd fair of the community-based organizations in the Muslim world which held in Istanbul from 17 to 18 November 2018, and there were 175 organizations from 40 .countries that were participating in this fair

The fair was held as one of the efforts of the community-based organizations Union in the Muslim world to guarantee the unity and the cooperation of the Muslim world according to the statements that issued .by the Secretary-General of the Union Mr. Ali Kort

The platform of Owis Qarni Foundation in the fair was visited by more than 1000 visitor who recognized the Idea, targets, and the future vision of the Foundation for developing Yemen, His Excellency the Turkish Minister of Youth and Sports Mr. Mohamed KASSAPOĞLU, Mr. Ali Kort the Secretary-General of the community-based organizations Union in the Muslim world, Dr. Karam Kank the president of the Turkish Red Crescent, Mr. Omar Farok who Previously was the consultant of the Prime Minister, and .many other official, Yemeni and Turkish dignitaries were from the most brilliant visitors

In the platform, the Foundation viewed a brief description about itself in the three languages; Arabic, English, and Turkish on a visible screen in addition to its brochures.

The Foundation participated in the seminar that related to Yemen which is submitted by the president of the Foundation Mr. Salah Bates, he talked about the strategic importance of Yemen weather to the neighboring countries or even to the entire region countries, and also he mentioned the advantages of Yemen from the Prophet days… blessings and peace till now.