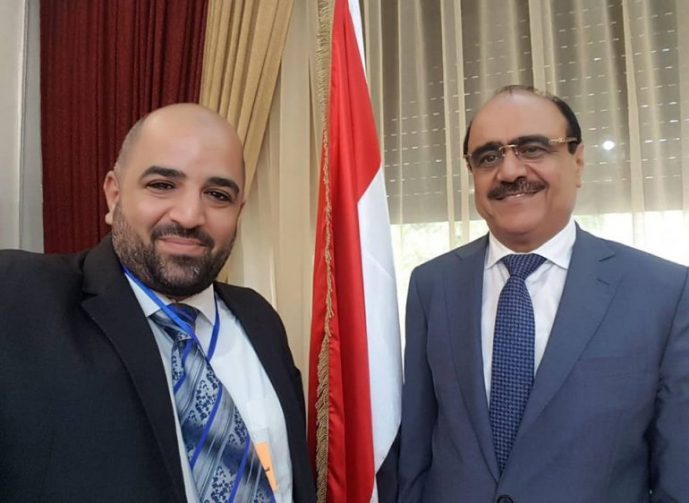 The Executive Director visits the Yemeni Embassy in Jordan

The Executive Director visits the Yemeni Embassy in Jordan

Visited the headquarters of the Yemeni Embassy in the Jordanian capital

Amman where he met with Ambassador Ali Al-Omrani. The meeting was

For his part, the ambassador expressed his admiration for the idea and

the visions of the Foundation, He expressed his readiness to cooperate in order to contribute

to the achievement of the Foundation objectives.

introduce this initiative, to build a national consensus around it and adopt it and support it

under the slogan “together we build the new Yemen”.