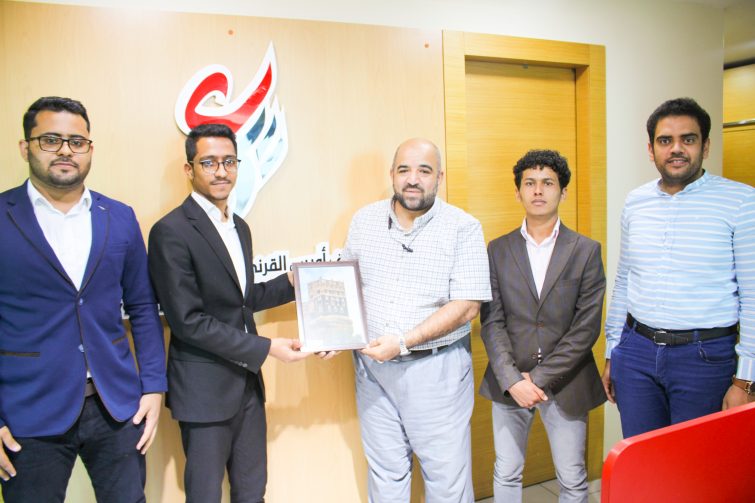 They talked about the Waqf initiative and its idea that is based on partnership through which every Yemeni and Yemen lover can have one or more waqf shares and their proceeds are used for achieving the programs of the paths of civilizational advancement in Yemen.

The Union’s achievements, programs and future aspirations were also discussed during the meeting. They also discussed ways to enhance cooperation between the Waqf and the Union. At the end of the meeting, a shield was given to Owais Al-Qarni Waqf by the delegation of the Union. The meeting was attended by Ahmad Jawas, Coordinator of the Yemen Pioneers Program (Kafaat), Ayman Al-Zomor, Secretary-General of the Yemeni Student Union in Ankara and Munawar Al-Asadi, Public Relations Officer of the Union